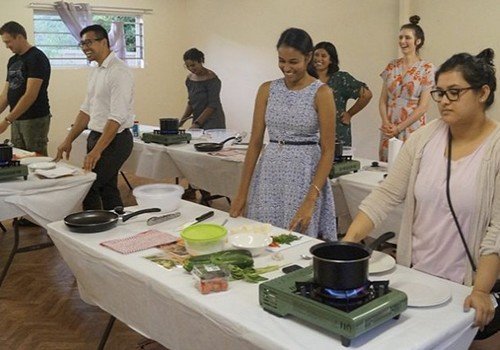 This month marks the fifth anniversary of Pope Francis' important encyclical Laudato Si' on "Care for Our Common Home," updating Catholic Social Teaching on environmental as well as labour and other issues.

Brian Lawrence offers a detailed analysis of the encyclical in his article "The Economics of Laudato Si': No surprises here" published by the Australian Catholic Council for Employment Relations."

"Pope Francis’ Encyclical Letter Laudato Si’ is primarily concerned with a range of environmental issues, particularly climate change. However, as the Pope emphasises, environmental issues cannot be separated from the promotion of social justice, the need to care for the poor and the operation of economic systems. As a result, a significant part of the encyclical draws on Catholic social teaching on economic affairs and the operation of markets," Lawrence writes.

"The encyclical’s analysis and consideration of economic issues has been criticised in some quarters. Prominent attacks on the encyclical, and Pope Francis personally, are to be found in editions of The Australian and The Weekend Australian newspapers published shortly after the publication of the encyclical.

"The editorial of The Weekend Australian on 27-28 June 2015 claimed that Pope Francis and his advisers “emerge as environmental populists and economic ideologues of a quasi-Marxist bent”, that his views “are not part of the church’s deposit of the faith and they are not tenets of faith and morals” and that “the flock is not obliged to follow the shepherd” in his attempt to “reposition the church so far to the green-left”.

"The substance of the editorial is a personal attack on Pope Francis for taking the Catholic Church into new areas of social and economic teaching and departing from the teaching of his predecessors. These claims are part of an ongoing narrative being spread in sections of the media and in social commentary. Confronting the matters raised in the editorial is a means of setting the public record straight.

"This paper demonstrates these kinds of criticisms of the economics of Laudato Si' are without foundation and that what Pope Francis has said on economic issues is sound and is perfectly consistent with earlier Catholic social teaching on economic issues, including the operation and regulation of markets. The criticisms of Pope Francis and the encyclical by The Weekend Australian are unjustified and grossly unfair," Lawrence concludes.

"We are taking action with the introduction of a range of climate justice projects including vegan cooking classes, environmental documentary reviews, social inquiries and reviews and engaging our Facebook community to keep everyone updated.

"This project began when we realised that a lot of the YCW members held climate justice quite close to their hearts and are passionate about this issue. They felt that if they did not take action now, that future generations will not be able to live the same quality of life that we do now.

"Soon after this, we put together a climate justice coordination team which was made up of three people. As the call to 'care for our common home' talks about working in unity with everyone, we are all equal on this earth so let’s work towards a community where we are working towards a common good.

'The community reacted strongly to our projects with our vegan cooking classes selling out after only a few days of advertisement. Once completed, it left everyone who attended eager and passionate to be more involved and to start taking action in their personal lives.

Parramatta YCW is in the process of planning sustainability classes which will be paired up with running a community garden. The classes will teach practical skills which would allow people to take personal action in their own lives at home to reduce their carbon footprint.