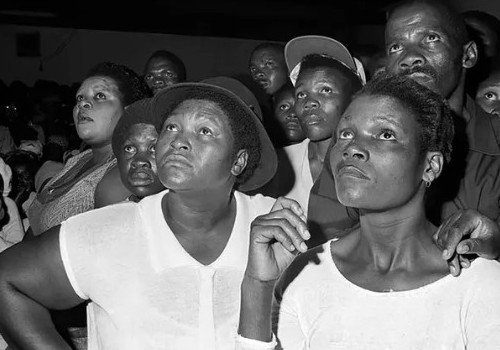 Can people on the wrong end of power change the world by working together? Or are the moments when the powerless take control of their own lives doomed to be snuffed out?

The question is raised by Kally Forrest’s book Bonds of Justice: The Struggle for Oukasie. It is another in the Hidden Voices series which aims to recover and preserve writings on society which would otherwise fall through publishers’ nets. The book is short and highly readable, and so is accessible to a non-academic audience. It has been some years in the making – it uses information gathered in 2011 and 2012. But the story it tells raises topical issues.

Forrest details the fight, in the last years of apartheid, of the people of Oukasie, a township near Brits in North West Province, against an attempt to force them to move to Lethlabile, 25 km from Brits, primarily because their presence offended white residents. While it was common under apartheid for black people to be removed to areas where they would be out of sight to whites, it was uncommon for those who faced this threat to resist it successfully. Oukasie did manage to defeat the attempted removal.

It organised to do this despite a sustained campaign by the apartheid authorities. This included the murder of anti-removal leaders and members of their family, but its chief strategy was to divide residents. So, resistance could only succeed if the resisters were organised and united. While thousands were induced to move, enough stayed to force the authorities to abandon the removal and agree that Oukasie be developed.

Unusual circumstances made Oukasie an ideal site for strong grassroots organisation in which people remain united because they share in decisions.

Brits was the site of strong worker organisation, largely the work of Young Christian Workers (YCW), founded by Roman Catholic priests as a vehicle for European workers to change exploitative conditions through organised efforts. YCW, which in Brits was open to non-Christians, stressed democratic grassroots organisation based on careful strategy summed up in its motto – “See, judge, act” – which encouraged members to reflect on what they saw before deciding what to do about it.

Young Christian Workers was political, since it challenged the effect of economic power on its members. But it was wary of the political movements which, it believed, wanted workers to act in ways which advanced the movements’ interests but not their own. It was able to maintain this stance because, in contrast to much of the rest of the country, the political organisations were not active in Oukasie.

Its attitude was identical to that of a section of the trade union movement which happened to be strongly represented in Brits. Its vehicle was the union which became the National Union of Metalworkers of South Africa (Numsa). Young Christian Workers’s members gravitated to it and it developed a strong presence in Oukasie. The resistance to removal relied on the same stress on grassroots participation and careful strategy which Young Christian Workers and Numsa adopted in the workplace.

The Oukasie resistance became, therefore, a test for an approach which relied on the efforts of grassroots people rather than high profile political leaders to change the world.

In one sense, this route to change worked. Oukasie was reprieved, and this was followed by a period of development. The Brits transitional local government which was elected in the mid-1990s was led by Levy Mamobolo, a unionist and anti-removal leader who, until his untimely death, led the area effectively and honestly. The first few years seemed to show that democratic local organisation could also produce political leadership which serves the people rather than itself.

But, as Forrest shows, the Oukasie story does not end happily. Leaders committed to public service were forced out of the local government; public services declined and corruption increased.

Forrest therefore frames her book not as a story of the triumph of a particular way of fighting for change but as evidence of what is possible if people organise themselves in the way Oukasie did. The author of an important book on Numsa, she is an advocate of the approach followed by Young Christian Workers, Numsa and the Oukasie resisters. She contrasts this with the selfish elitism which gained control of Brits.

But she leaves unanswered the key question: is the grassroots organisation which saved Oukasie a realistic route to change, or is it doomed to give way to the top-down leadership to which Brits succumbed?

What does the ultimate defeat mean?Given the importance of this question, it is a pity that Forrest does not analyse the defeat of grassroots democracy in Oukasie. We are left wondering how and why control passed from the “good guys” to the “bad guys”.

One reason may well have been that the governing African National Congress’s (ANC’s) politics turned out to be more powerful than those who supported the Oukasie resistance hoped. Forrest records that key figures in the resistance to removal joined the ANC and served in its committees once it was unbanned. This suggests that Oukasie’s ability to maintain an independent path was purely a result of happenstance (the lack of a political presence in the area).

Despite these limitations, the book makes an important contribution. Forrest’s sympathy for the Oukasie campaign does not prevent her from highlighting weaknesses. She acknowledges that the campaign failed to prevent thousands leaving Oukasie, and she documents the defeat of the politics she champions as Oukasie moved from resistance to local governance. This makes the book a highly credible account of the events it describes.

The book should, therefore, be read by anyone concerned with democracy’s future in South Africa, but in other contexts too. It should also trigger a debate on whether the political approach it describes is feasible.