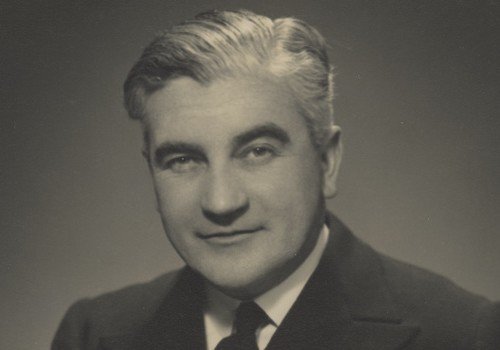 Having joined the YCW as a student at age 14 in 1960 and having worked full time for the YCS national office in 1968-9, I have had an interest in the history of both and, from time to time, use Trove to look up some aspect of their history.

I recently found a reference in the index of YCW archives which referred to records dating from 1944 regarding a credit union in Glenhuntly being operated by the National Christian Workers Movement (NCWM).  I had no recollection of this organisation so I turned to Trove.

[Search tip: search "National Christian Workers Movement or NCWM and use Advance Search option to exclude "Young", otherwise you will be inundated with YCW entries.]

A good starting point in telling the story of the NCWM is a piece by Edmund Campion drawing on his book 'Australian Catholics' (Viking 1987) which is published at  http://sources.cardijncommunityaustralia.org/catholic-action-history-in-australia

The Australian National Secretariat of Catholic Action (ANSCA) was established in Melbourne in 1937 by the Australian bishops for the purpose of developing specialised movements on the Jocist model.

The Advocate (in Melbourne) had an article on 3 February 1938 under the heading "Formation for Catholic Action".  An insert introduced the article:

"The National Secretariat of Catholic Action which has been set up in Melbourne inaugurates a work of far-reaching importance for Australia. It will be conducted by laymen, but their efforts will be fruitless without the direction and cooperation of the priest. What is the function of the priest in the lay apostolate? In this article, Fr. Kothen, Assistant Chief of the Jocist movement, which has been enthusiastically praised by the Pope, defines the part of the priest in the formation of militants."

"One day I asked Canon Cardijn to tell me exactly what is the role of the priest in the Young Christian Workers' Movement, and he replied: "The priest is everything and he is nothing."

"In looking at the origins of Catholic Action Australia, we must remember Kevin T. Kelly, who corresponded with Cardijn and in 1939 published a pamphlet on the YCW (Jocists) that sold 15,000 copies in 6 months. In the same year, Paul McGuire and English priest John Fitzsimons published a book.'Restoring All Things' - the first major English language publication on Jocism."

The role of Paul McGuire

The reference to Paul McGuire (see photos above and below) is significant.  The earliest reference that I found in Trove to "Christian Workers Movement" was to the following in The Advertiser of 1 August 1938, under the headings "Sweeping Social Move in Europe" and "Adelaide Author Finds Workers' Ideal":

"The amazing development of a most significant social movement in Europe — the Christian Workers' Movement — was described by Mr Paul McGuire, the Australian author and lecturer, on his return to Adelaide by the Mooltanon Saturday after an extensive 15 months' tour abroad lecturing and studying social conditions — and writing detective novels in his spare time." https://trove.nla.gov.au/newspaper/article/74392940

Paul McGuire's impressive entry in the Australian Dictionary of Biography is at  http://adb.anu.edu.au/biography/mcguire-dominic-mary-paul-10965

Clearly, ANSCA was looking at adult movements to be formed along Jocist lines (as it did with the the National Catholic Rural Movement), but there is limited reference in the Trove documents to the connection between it and the National Christian Workers Movement (NCWM).

The earliest report regarding the NCWM that I found was in The Advocate in September 1941 reporting that the Coburg branch of the NCWM had started a credit union; see https://trove.nla.gov.au/newspaper/article/172195060

Two years later it reported that the Coburg branch of the NCWM had sponsored school sports for the seven Mercy schools in Brunswick and Coburg; https://trove.nla.gov.au/newspaper/article/172210555

The promotion of credit unions was a major activity of the NCWM.  An article in The Advocate of 6 December 1944 reported that there were five credit unions operating in the archdiocese.  The report was based on the annual report of the NCWM given by K.W. Mitchell, an officer at ANSCA: https://trove.nla.gov.au/newspaper/article/172217261

On the same page of The Advocate of 6 December 1944 is a report of a "Joint Conference of Workers and Employers" held by the NCWM and the League of St. Thomas More.  The report was introduced by the following:

"A remarkable and unusual conference took place in St Ignatius' Hall, Richmond, on Sunday evening, November 26, when two Catholic organisations—one of employers, business and professional men; the other of workers—met in a combined session to affirm their loyalty to the Church's programme of Social Justice, and their belief in the possibility of reconstruction through the collaboration of labour and management in Industry and Commerce. His Grace the Archbishop, Most Rev. D. Mannix, D.D., in the final address of the conference, praised the two organisations for the splendid spirit they had shown and expressed his hope that the collaboration thus demonstrated would become even more widespread and fruitful in the future."

"Mr. K. W. Mitchell then read a report of the activities of the N.C.W.M., which appears later.

Mr. F. K. Maher spoke of the work of the League and of practical measures it had in hand."

Mr Maher, like Mr Mitchell, was an officer of ANSCA.

Frank Maher was a lecturer in the Melbourne University Law School when I started law in 1964, but I had no idea then of his background in Church affairs. He was very well regarded by the students. (You can see his legal publications by searching "F K H Maher".) When I was working for the YCS in 1968-9 I came across the minutes of the first meetings during the 1940s of the bishops' advisory committee for establishing the YCS as a national body. The meetings were attended by both Mitchell and Maher and, among others, Fr James Gleeson, later Archbishop of Adelaide, and Bob Santamaria.

We should keep in mind that these were the war years and that much of the focus of the ANSCA was post-war development, a matter made clear from the early days of the war with the publication of the Bishops' Social Justice Statement of 1941, Justice Now!.

The Trove searches suggest that the Richmond branch, based on St Ignatius where the joint conference had been organised in 1944, was the most active NCWM branch with 220 members.  Among its activities was the construction of a Trade School for the training of boys, at a cost of £1,200 and leaving it with a very large debt of £1,000. The article is worth a read: https://trove.nla.gov.au/newspaper/article/172229859

Part of the article reads:

"The National Christian Workers' Movement is a Catholic Action organisation, binding together all adult workers in one movement. It is a workers' movement—it is run by workers—it is for the workers. It has nothing to do with' an alleged body called "The Movement," said to be working in trade unions, according to recent Communist propaganda."

As much as the NCWM may have wished to steer clear of politics and the fights for the control of unions, the course of politics and Church and quasi-Church activities would have precluded any such independence.  The Richmond branch of the Labor Party, with many Catholic members, was a key player in the events leading to The Split in the mid-1950s, which had long term adverse consequences for both the Catholic Church and the Labor Party.

Newspaper reports of the NCWM disappear by the Split in the mid-1950s.  The ongoing contribution of the NCWM appears to have been the Cana conferences and credit unions.

How the NCWM related to the emerging YCW in the 1940s would be an interesting field of inquiry.  The relationship between Fr Lombard, the first Chaplain of the YCW was no fan of ANSCA.  Fr Bruce Duncan has written that by 1941 "the strong-willed Lombard was unwilling to have YCW come under the control of ANSCA or to follow its direction"; https://repository.divinity.edu.au/1735/1/Duncan_Lombard.pdf

The need for an adult jocist movement

Joseph Cardijn and many others worked towards an adult Jocist movement for and by workers.  In Australia it failed even though the Australian YCW became one of the strongest YCW movements in the world.  The Christian Family Movement, which emerged in the 1960s (and disappeared in the 1970s) was a Jocist-based organisation, involving a number of former YCW and YCS members, but it did not have a distinctly worker character

Internationally, the World Movement of Christian Workers is the non-youth movement most connected with the Jocist tradition; see http://mmtc-infor.com/en/

The World Movement of Christian Workers has a distinctly working class orientation.  "Its member organizations promote the interests of all those who rely upon their work or for their income, whether formally or informally."  It does not have an Australian affiliate.

The WMCW has its origins in May 1961 when delegates from 42 movements met in Rome on the occasion of the 70th anniversary of the encyclical Rerum Novarum. The International YCW was one of those movements.